Go back to Part 7 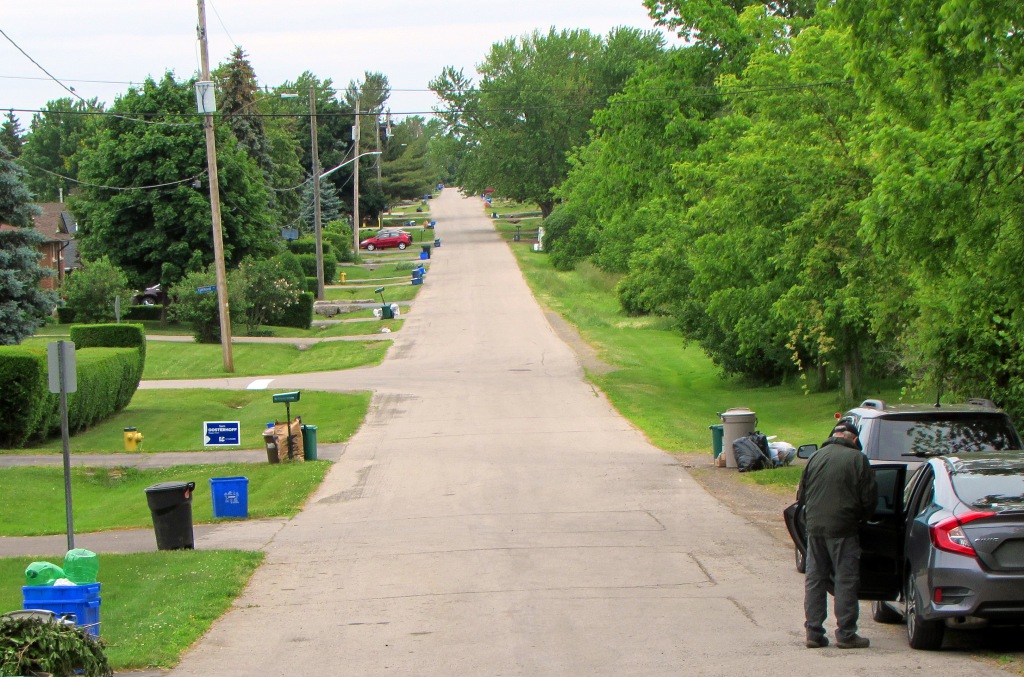 89. We park the car at the southern end of Cline Mountain Road in Grimsby, a quiet suburban street at the foot of the Escarpment. Evidence from the roadside would suggest that both a garbage collection and a provincial election are imminent. 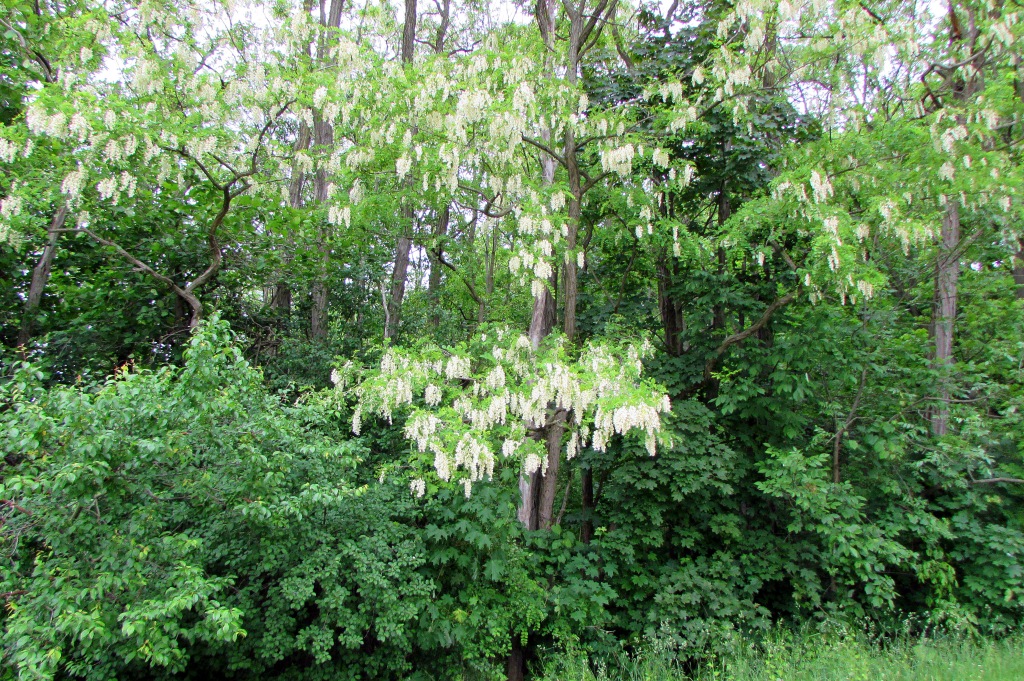 90. Beautiful blossoms of the black locust (Robinia pseudoacacia) overhang the car. This tree is native to the southeastern USA, and considered invasive elsewhere, though few object when it flowers like this. Its wood is very hard and suitable for furniture making. The tree gets its name from its highly toxic seed pods, which are supposed to resemble locusts (the Biblical insects). 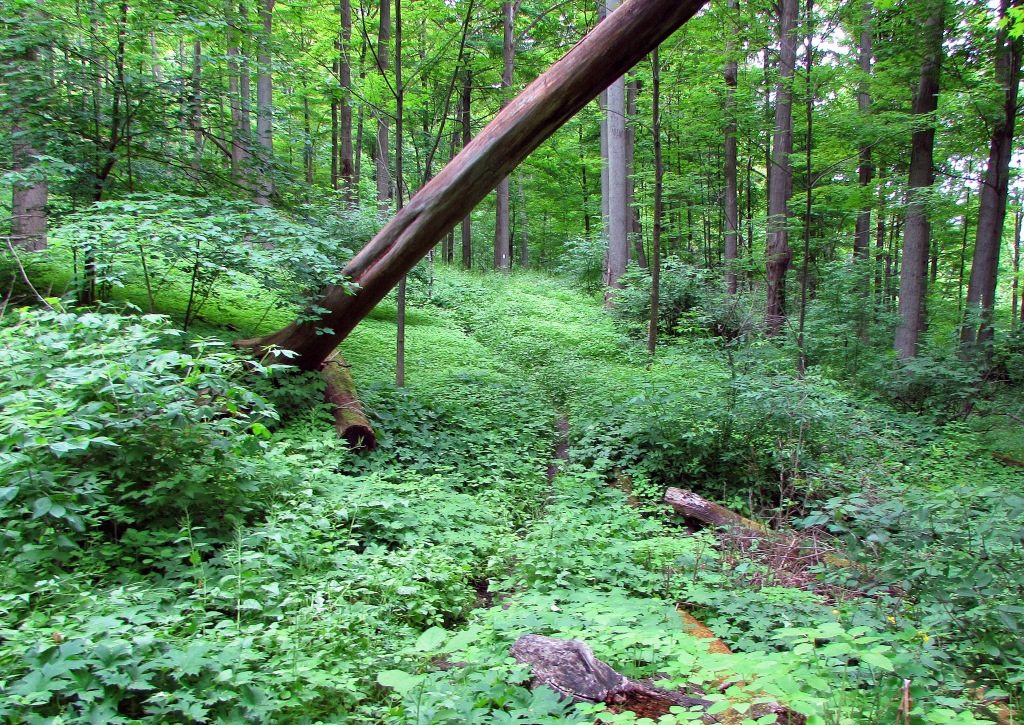 91. A five-minute climb to the main Trail, and we’re in a completely different world from the suburban realm where we started. 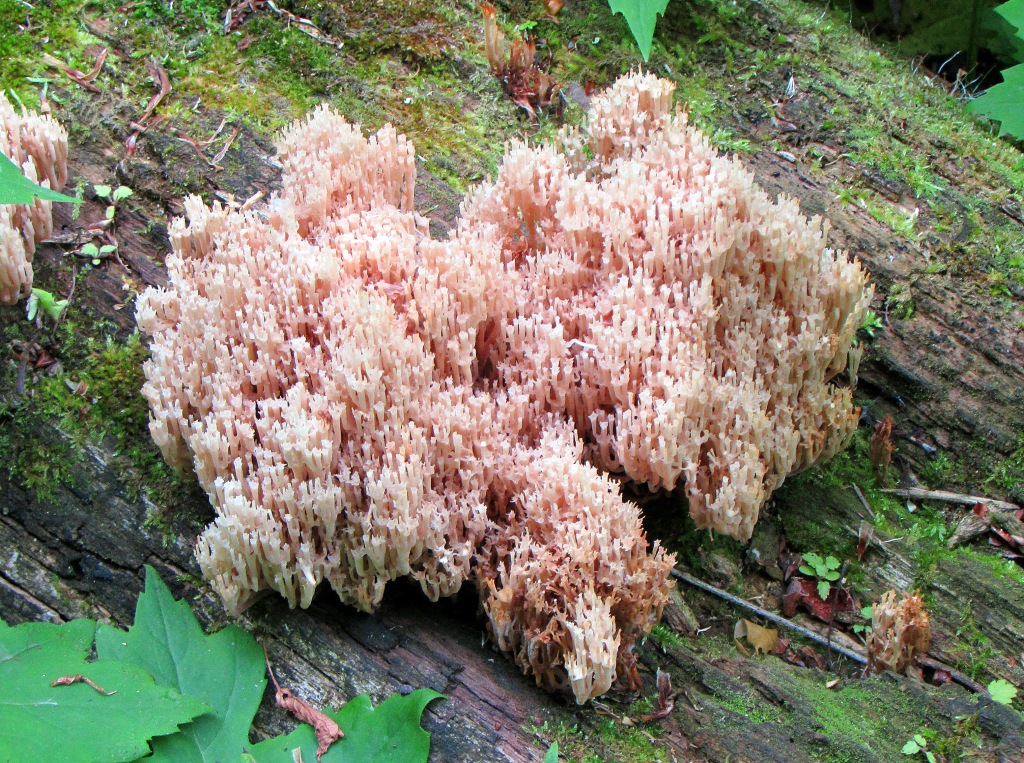 92. This part of the Trail at this time of year (the end of a long, cool, damp spring) offers up a mycological cornucopia. This is a particularly spectacular example of what I’m fairly sure is the pink coral fungus (Ramaria formosa.) It is apparently quite toxic, should you be tempted to sample it. Note: I’m no mushroom expert and stand to be corrected here and elsewhere. 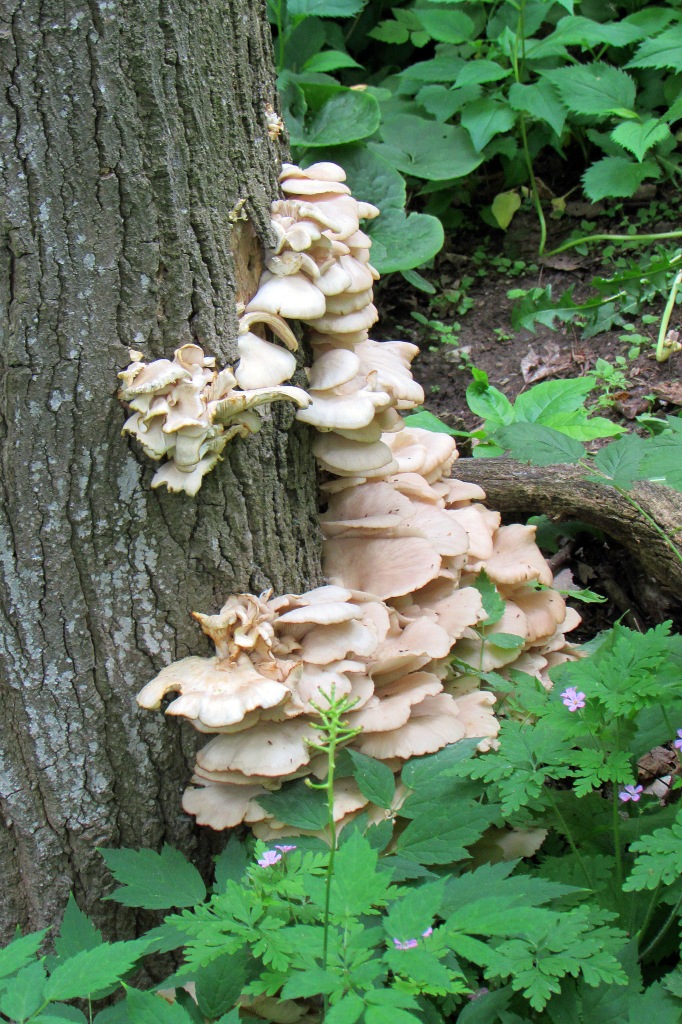 93. These are (probably!) oyster mushrooms (Pleurotus ostreatus) (if they are not some lethal lookalike). Certainly this lot look good enough to stir fry with butter and garlic. (Famous last words!) 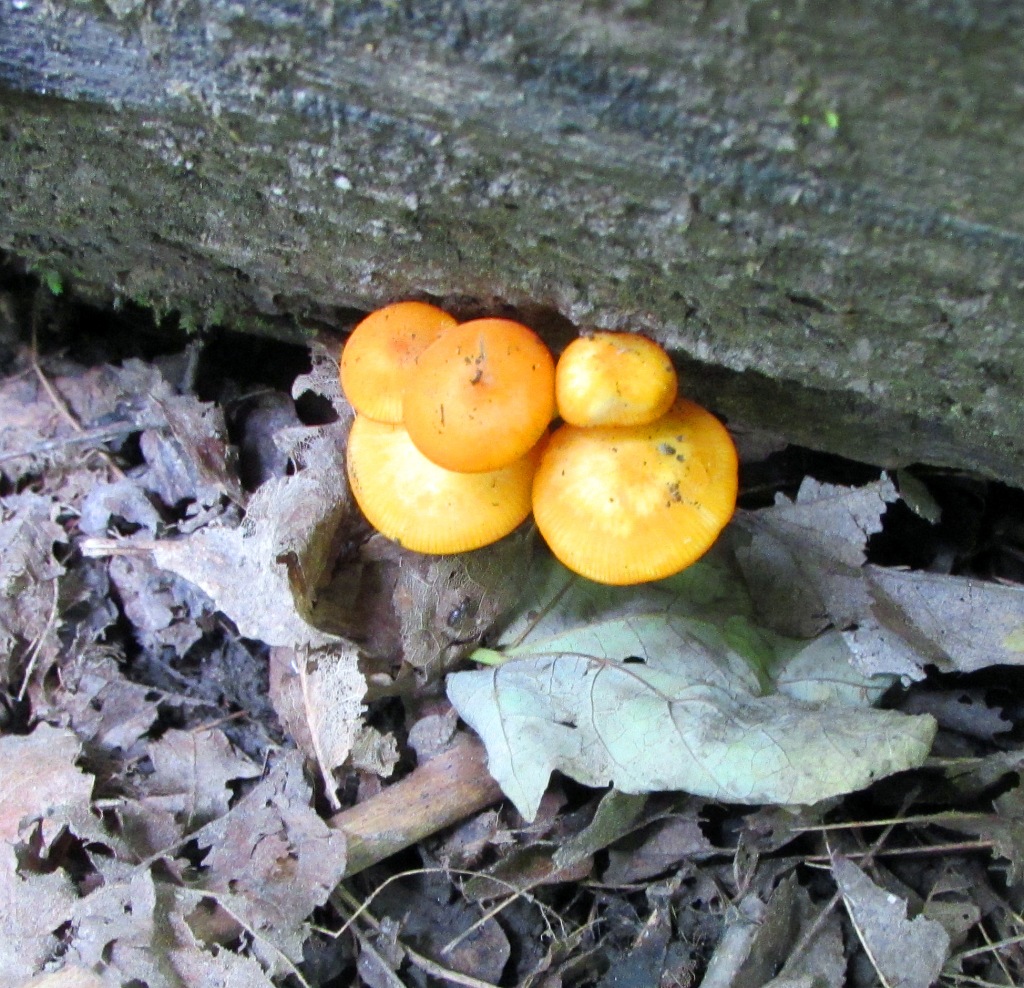 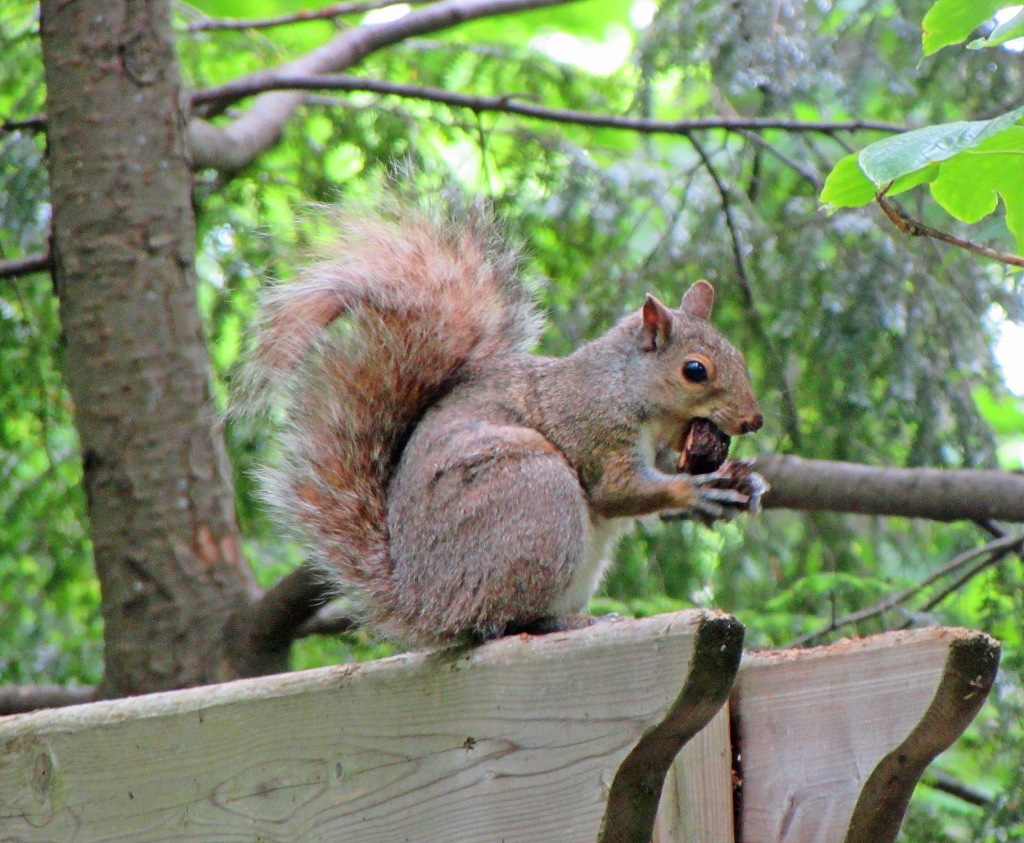 95. Here’s a squirrel that seems to have bitten off more than it can chew. 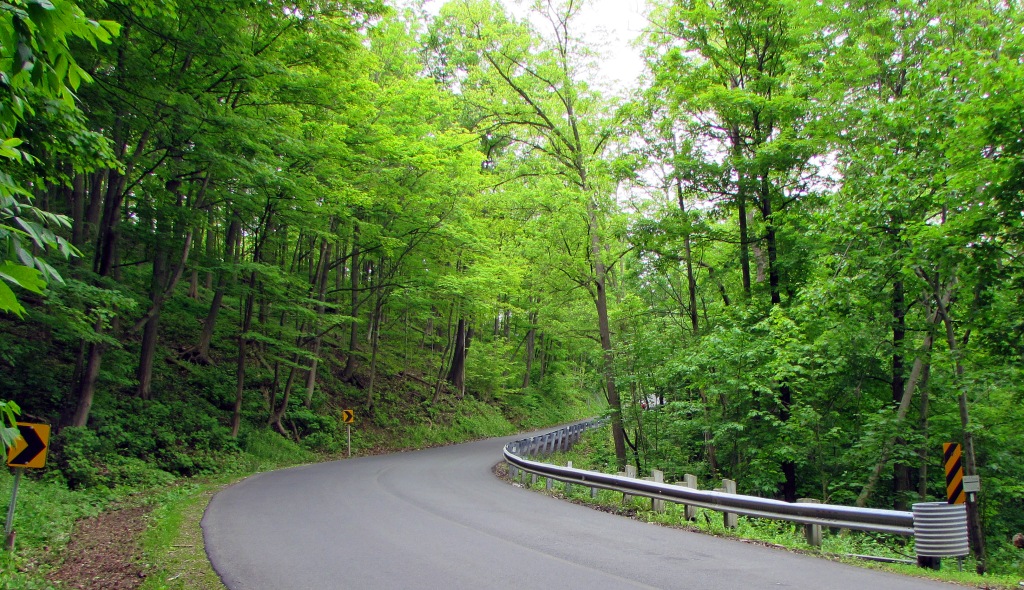 96. We cross Fifty Road and have now left Grimsby and entered Winona, one of the most easterly parts of the amalgamated City of Hamilton. The name of the road comes from it having led to a settlement very roughly fifty miles from the Niagara River and the US border. We have already travelled rather more than 50 miles/80.4 km from Queenston Heights, but then the Bruce Trail didn’t exactly take the most direct route to where we are. 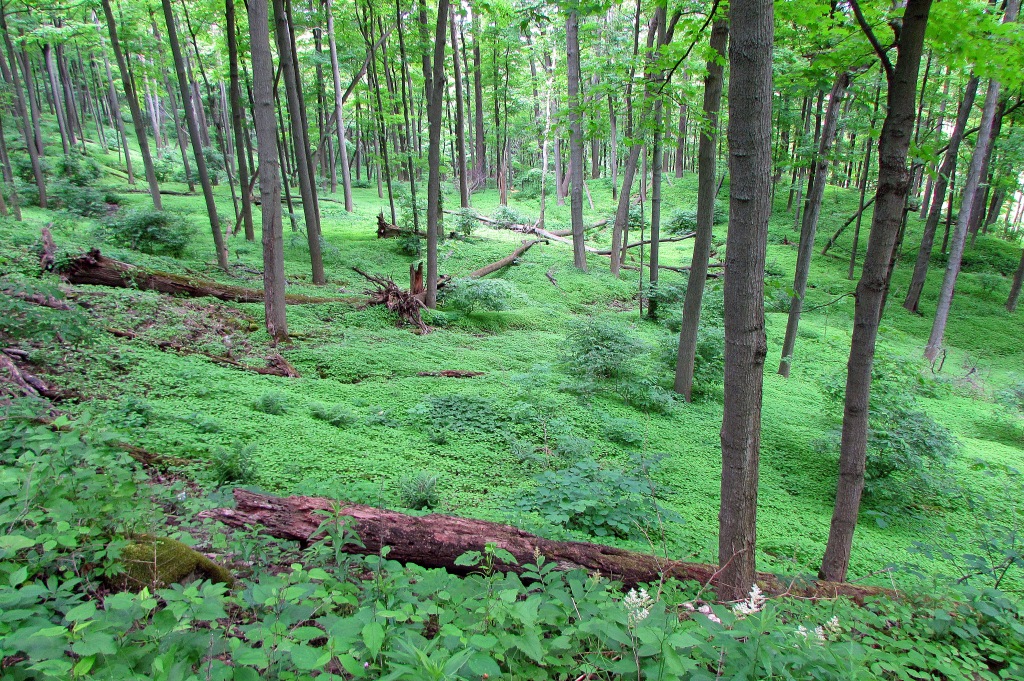 97. The Trail is entering the most urbanized section of its entire 898 km length. Yet much of the Escarpment (or the Mountain, as it’s known in these parts) as it runs through Hamilton, Canada’s tenth largest city (pop. 537,000, metro 748,000), hasn’t been fully tamed or colonized by the modern human world. Long may it remain so! 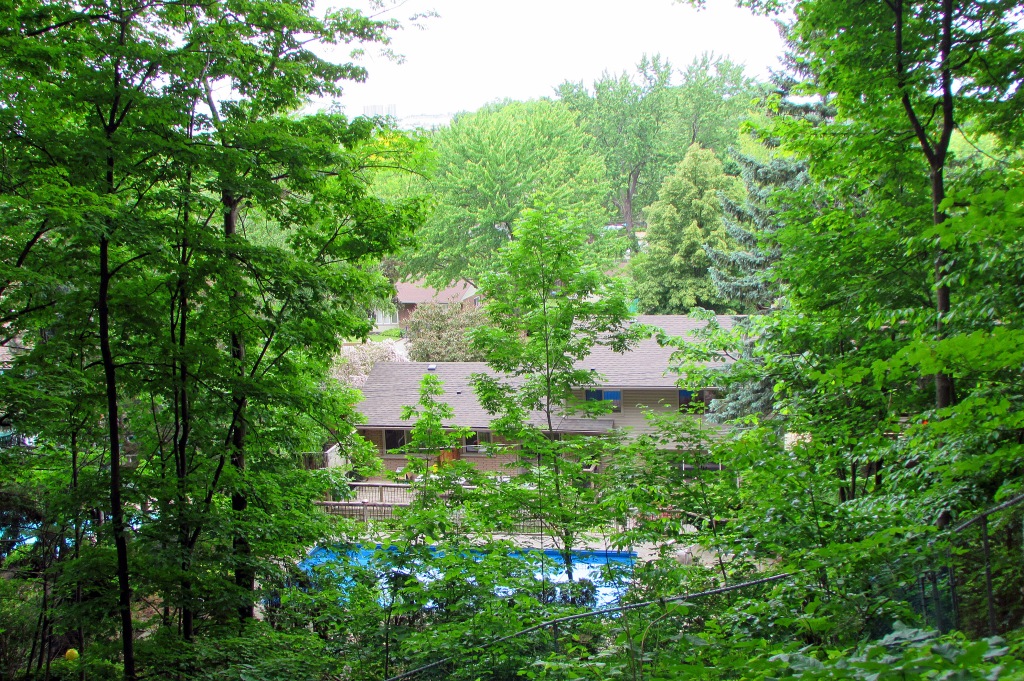 98. Through gaps in the foliage as we look north, we glimpse neat suburban houses with barbecues on their patios and many with swimming pools placed right up against the steep foot of the Mountain. I guess the pools offer some defense against falling rocks or trees. 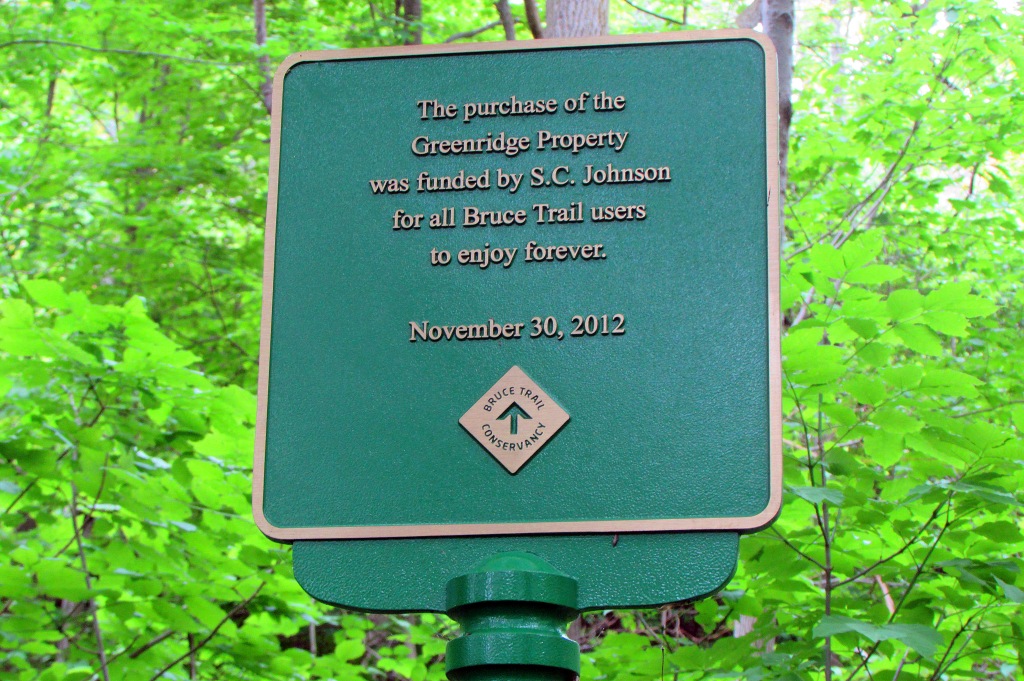 99. Samuel Curtis Johnson (1833-1919) of Racine, Wisconsin, was the inventor of the floor wax that bears his surname. These days the company he founded is known for a host of well-known domestic products, from shoe polish to insecticide. Their Canadian subsidiary is based in nearby Brantford and the company is well known as a supporter of nature conservancy in southern Ontario. Doesn’t that phrase, “for all Bruce Trail users to enjoy forever,” lift your heart!