Go back to Part Five

Part 6: From Fairchild Creek to the Brantford End (mid-April) 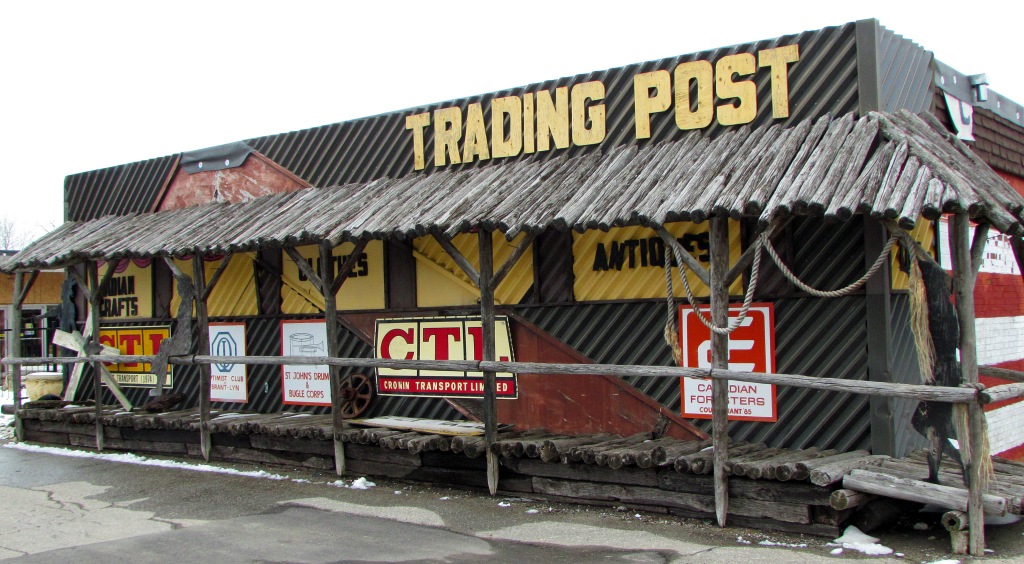 There haven’t been many opportunities so far to make off-Trail side-trips. But here’s a chance: Crossroads Antiques and Collectibles on Colborne Street East in Cainsville, the easternmost suburb of Brantford.

There you can pick up antique clothespins, cutlery, tools, kitchen gadgets, a revolver… 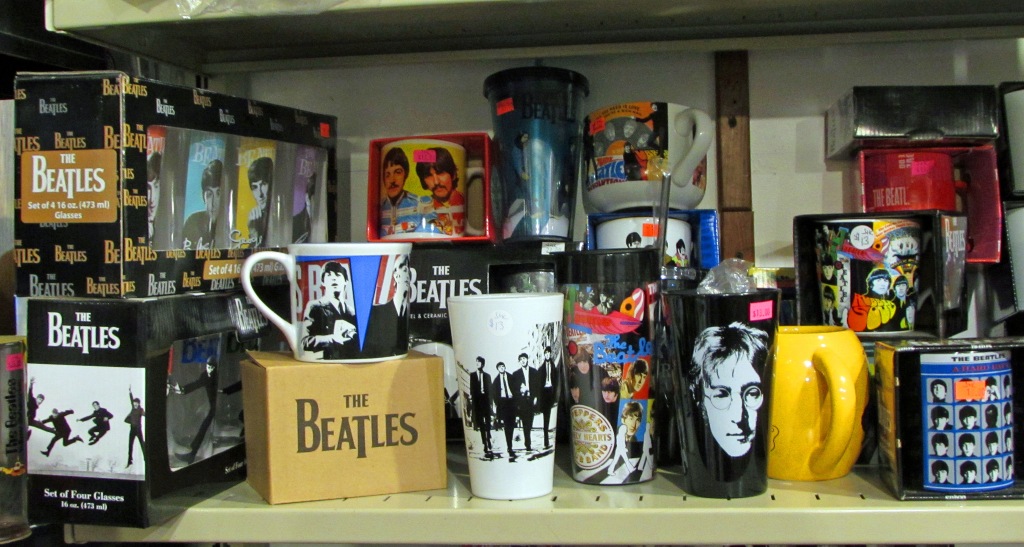 … or indulge your fond memories of the Fab Four.

Back on Trail, I’m definitely in suburban Brantford now. The going could be better, given that April is more than half over. But I press on, determined to show that this Trail is walkable under almost all weather conditions.

A pause for reflection as the end of the Trail approaches. 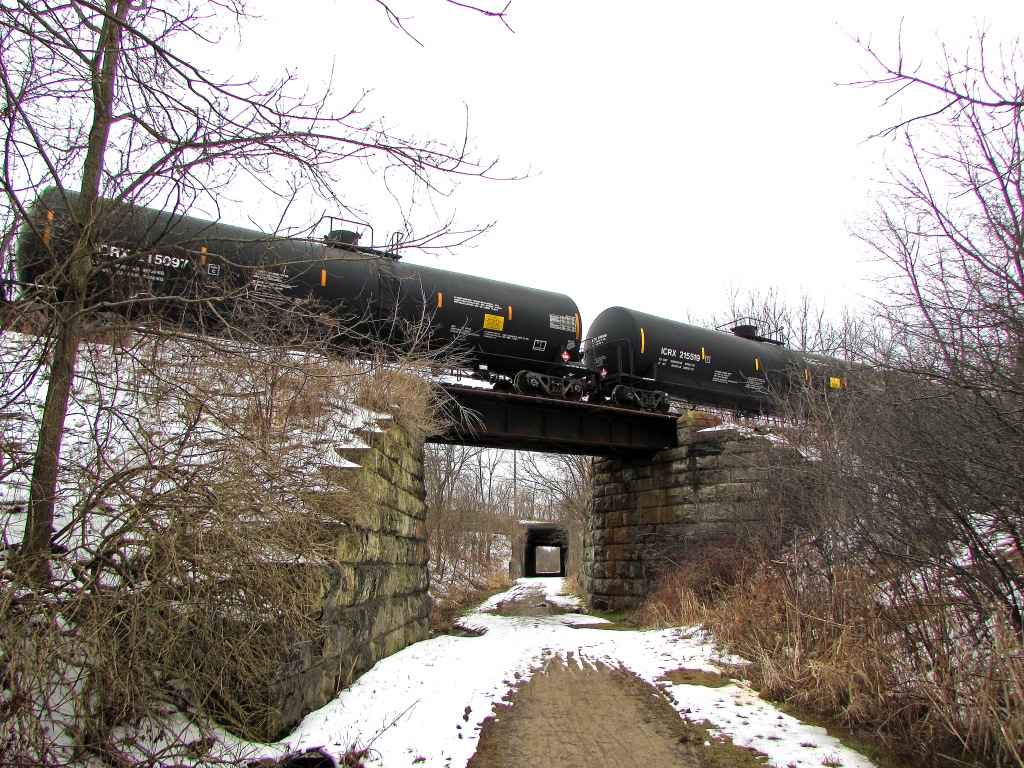 Now the Trail goes under, first the Canadian National tracks, then Colborne Street itself. 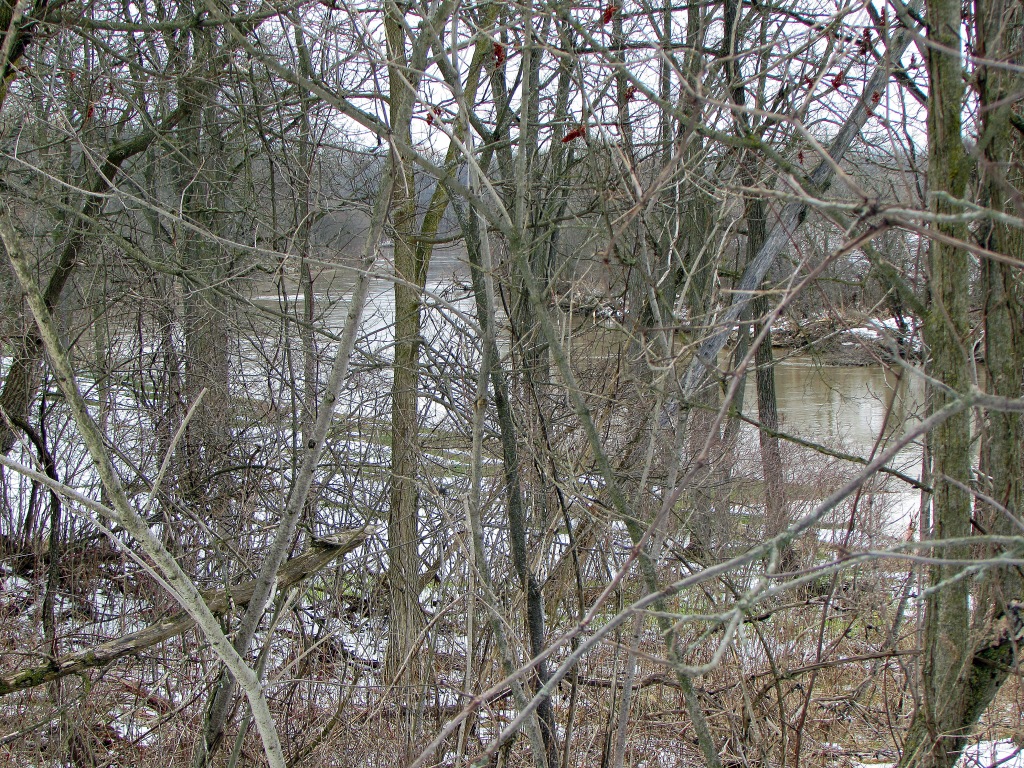 Through the bare branches, I get my first glimpse of the Grand River. The longest river in southern Ontario, the Grand rises in Dufferin County and flows southeast for 280 km via Waterloo, Kitchener, Cambridge, Paris, and Brantford, eventually entering Lake Erie near Dunnville. 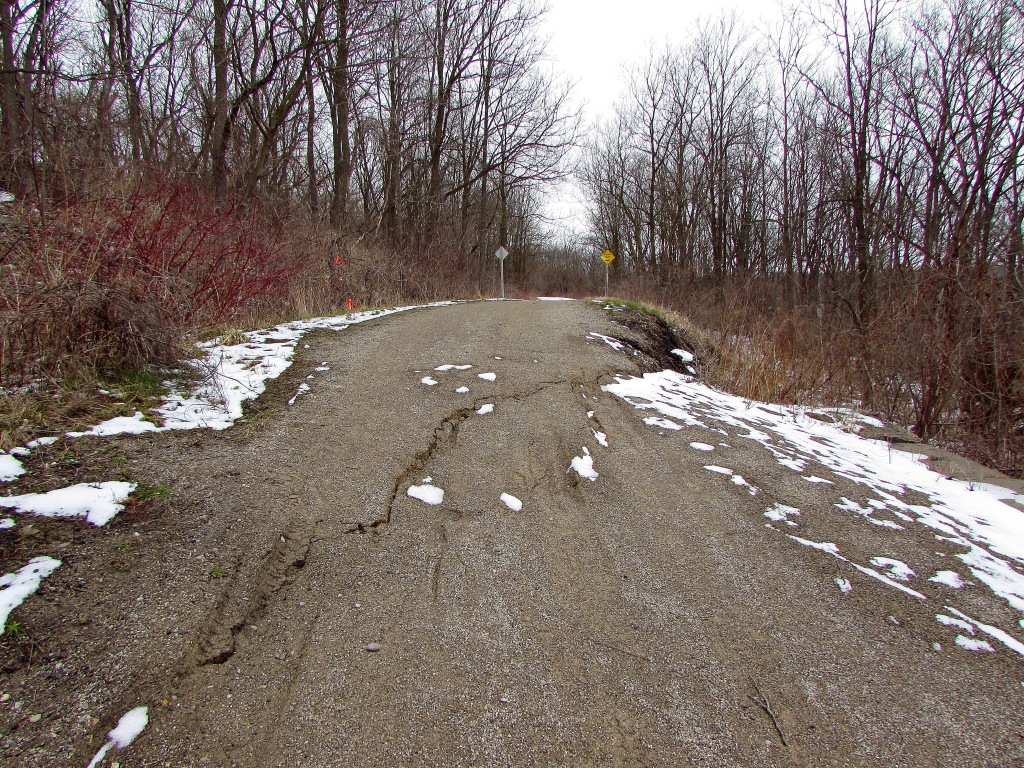 The Trail is in rough shape at this point, and there’s even a sign warning of further erosion. But this very spot is the reason we have the Rail Trail. For here, near the 30 km mark from the Hamilton Trailhead, is the site of the 22 May 1986 Brantford landslide. This disaster caused the Toronto, Hamilton & Buffalo (TH&B) Railway to abandon this section of their track. The landslide also wiped out 40 meters of river embankment, and four houses had to be permanently evacuated. It cost almost $15 million to stabilize the area, and evidently it still isn’t totally stable. The Hamilton to Brantford Rail Trail, following the old TH&B railbed, was completed in 1996.

Some wintry field patterns on the far side of the Grand.

Finally I reach the Trailhead at Beach Road. A colourful pair of hooded mergansers (the male in front, female behind) are swimming on a branch of the former Brantford Canal.

And here’s a map showing the position of the Brantford Trailhead. But this isn’t the end of the story. A Trail continues from here for another 45 km through Brantford and along the Grand River via Paris and Glen Morris to Cambridge. Hopefully I’ll be travelling it soon.
Meanwhile, thanks for visiting!