Go back to Part Four

At the end of March the temperature seems more wintry than springlike. But there’s definitely new growth forcing its way through the accumulated debris at the side of the Trail.

And there’s a snowbird on the path!
The correct name for this relative of the sparrow is the slate-coloured, dark-eyed junco.
But “snowbird” is a better name for a bird who embodies the Canadian winter: grey above, white below. Canadians took to heart the song written by Gene MacLellan and covered by Anne Murray (1970). At first the singer seems happy that the bird’s appearance signifies spring … but underneath she’s sad because unlike the bird, she must stay put while her faithless lover has flown. Given that a “Snowbird” also refers to a Canadian who goes south in winter … and to a member of the elite Canadian flying team … I move that the slate-coloured, dark-eyed junco be adopted as the National Bird of Canada!

At km 20 of the Trail, we’re more than halfway to Brantford. Not a lot of traffic at this time of year, though the Trail is marked by the wheels of many bikes.

Thanks for the reminder, Ron, and for the chance to take a breather!

Assorted junk disfigures the north side of the Trail at this big farming operation on Jerseyville Road.

We’re now at km 25: only eight km or so to Brantford. The sign, courtesy of the Grand River Conservation Authority, tells us that this kilometer is available for sponsorship. Uh, oh, what’s that ahead?

A small tree has fallen across the Trail. Is leaving it there is a way of encouraging a sponsor of this kilometer to step up? 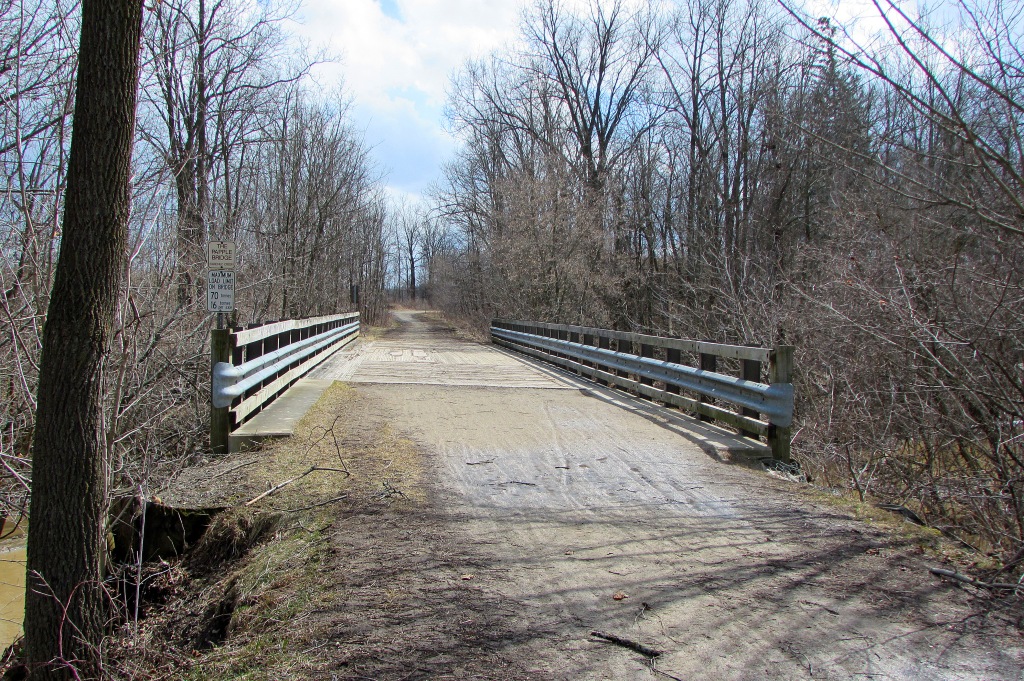 We’ve gone under Highway 403 by tunnel and now must cross over Fairchild Creek. Papple Bridge is named for the local landowner who supported the creation of this section of the Trail.

Fairchild Creek, a tributary of the Grand River, is swollen at this time of year. Though Lake Ontario is nearer, this water will eventually flow into Lake Erie at distant Port Maitland. From there it will eventually tumble over Niagara Falls, to find itself … in Lake Ontario.

Another tree’s down, and there’s a steep drop-off on both sides of the Trail. Maintenance of this section of Trail leaves something to be desired, given that the weather is perfect for biking or hiking. I’m on foot, and must squeeze delicately between the branches so I don’t bring the whole lot down on my head. 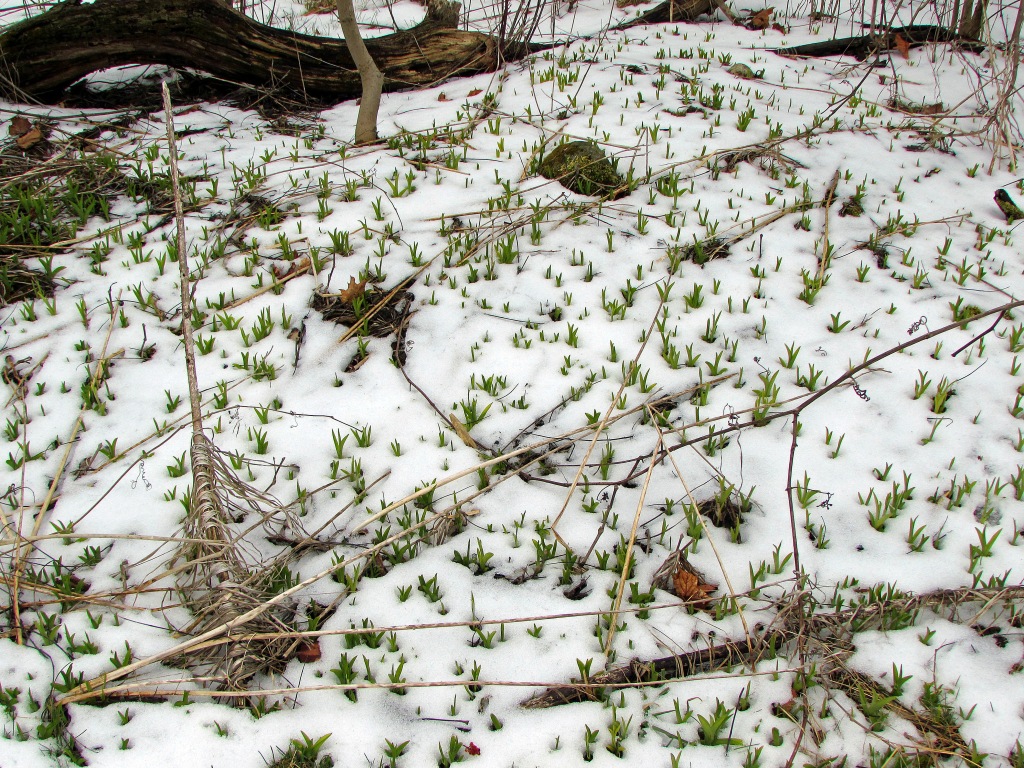 My sighting of the snowbird was clearly an omen. How does the song go? “Beneath its snowy mantle cold and clean/The unborn grass lies waiting for its coat to turn to green.” This is what the Trail looks like when I pick it up again in mid-April.

Go to Part 6: Fairchild Creek to the Brantford End